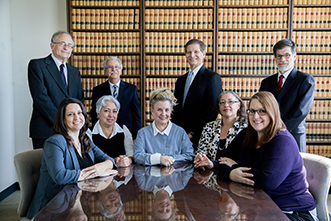 
What is legal malpractice?

Malpractice is a word that describes negligence by a professional person. In rendering legal services for a client, a lawyer must be competent. To be competent, a lawyer has an obligation to use such skill, prudence, and diligence as lawyers of ordinary skill and capacity commonly possess and exercise under similar circumstances. This is called the "standard of care." When a lawyer's services fall below the standard of care, it is called "legal malpractice."

Does every mistake made by a lawyer constitute legal malpractice?

How is harm defined?

Injury or harm in a legal malpractice case requires that the client suffered a tangible, financial loss or a wrongful criminal conviction. Some examples are loss of the right to file a lawsuit, dismissal of a valid lawsuit, and losing a case that should have been won. Nominal damages, speculative harm, or the threat of possible future harm do not constitute an "injury" in legal malpractice cases.

Can damages be recovered if legal malpractice caused emotional distress?

How does one prove that the malpractice caused harm?

Why must collectibility be proven?

Is it malpractice if a lawyer's tactical or strategic decisions are unsuccessful?

An attorney's exercise of judgment is not negligence unless the judgment falls below the standard of care. For example, during trial, it is generally accepted that the choice of what witnesses to call, what evidence to introduce, and whether or not to cross examine a witness, are exercises of judgment. Nevertheless, if a tactical decision was foolish, ill-considered, or unduly risky, it may be found to have been negligent if the attorney's strategy was not based on informed judgment. As one court once said, "There is nothing strategic or tactical about ignorance."

If a judge disagrees with a lawyer's interpretation of the law, has the lawyer been negligent?

Not necessarily. First, the judge's interpretation may be incorrect. Second, in giving advice, an attorney will not be held liable for failing to anticipate the manner in which a debatable point of law will be resolved, so long as the advice given was based on an intelligent assessment of the problem after reasonable research was performed. However, bad advice that is given without adequate research is negligent.

Are expert witnesses necessary to prove a legal malpractice case?

In legal malpractice cases, an expert witness is a lawyer who is knowledgeable about the skill, prudence, and diligence that lawyers of ordinary skill and capacity commonly possess and exercise under similar circumstances. The expert witness must testify that the lawyer being sued for malpractice did not measure up to the standard of care required of him or her. In most cases, if this point is not proven with expert testimony, the malpractice lawsuit will be dismissed by the court. As a witness, the expert's task goes far beyond the conclusion that the defendant-lawyer did or did not fall below the standard of care; he or she must lay the foundation for the jurors to be able to understand the language of the law and the reasons why actions must be taken or avoided.

What should I do if I suspect that my lawyer committed legal malpractice?

Depending on the situation, you should (1) discuss the problem with your attorney, (2) obtain your file, and/or (3) consult an attorney who specializes in legal malpractice cases.


What will a legal malpractice case cost?

Legal malpractice cases are generally complicated. This is not to say that early settlements never happen; however it is far more likely that a lawsuit will have to be filed and many hours devoted to the "discovery" process. A rule of thumb is that the legal malpractice case will be at least as costly as the former case, and probably more costly. The reason is that many legal malpractice cases require that two cases be proved: one case involves whether the attorney committed malpractice, and the other case involves the presentation of the former case. This is called "a case within a case," and can require nearly twice as much work as a single case. Consequently, the fees and costs can be significant.

How long do I have to file a legal malpractice case?

Is it Really Legal Malpractice?

Pitfalls of the Legal Malpractice Lawsuit

Settlement Malpractice: The Duty to Give Advice

Legal Malpractice: What it is, What it isn't, and How to Prosecute it