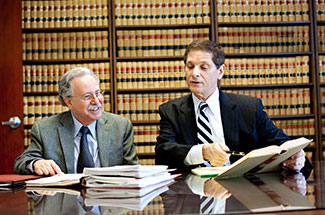 
Real estate...also referred to as "property" or "land." Historically, wars have been fought over it; marriages have been arranged to obtain it; and fortunes have been made and lost from it. It is hardly unexpected that people still have arguments over property.

Negligent Construction: A high-rise condominium in Long Beach was not built to withstand a strong earthquake. Balconies and roofs of a Mammoth Lakes condominium complex were damaged by heavy snow. Negligent fireplace construction in a condominium project posed a fire hazard. We represented the owners' associations and obtained settlements from the developers and contractors that helped restore value and safety.

Residential Misrepresentations: We have handled numerous cases involving the issue of whether undisclosed defects were known at the time of sale.

Agent/Broker Negligence: A residence in Huntington Beach had a cracked slab due to soil subsidence. An arbitrator awarded our client damages against her real estate agent who didn't tell her that homes on that block were plagued by subsidence problems.

Land Use/Environmental Impact: We represented the developers of commercial property in the town of Bishop who were sued by small businesses fearing competition.

Pollution: Our clients, the previous owners of commercial property, were sued by the current owner who accused them of contaminating the soil with chemicals. We discovered proof that the adjacent owner - a dry cleaning business - had dumped chemicals on the property.

Property Encroachment: When the owner of a "view lot" sued his neighbor for building a room addition that blocked part of his view, we proved that she had the right to improve her property.

Building Contractor: Our client, a general contractor, was fired and later sued for construction defects. At trial, we proved that the problems were caused by subcontractors subsequently hired by the owner, and obtained an award of attorney's fees.

Partition: When an unmarried couple split up, we proved that our client was entitled to the majority of her interest in their house.

Landlord/Tenant: We recovered damages against a corporation when our client's commercial warehouse was ransacked by vagrants after the corporate tenant abandoned the property before expiration of the lease.